What Happened In January 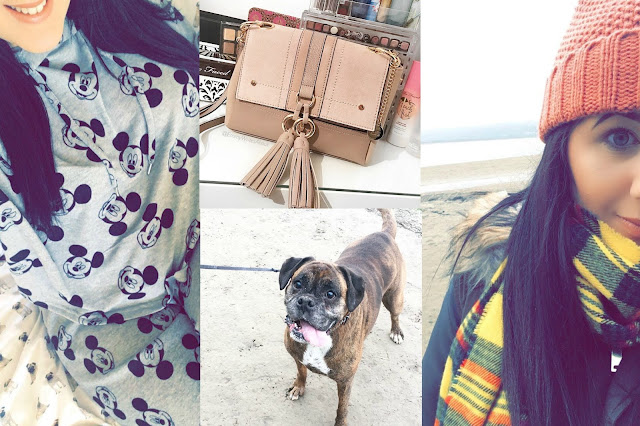 It is finally the last day of January, it has been such a slow month! Having the five weeks until payday really made the month go super slow. I want to start sharing how each month went and what I got up to. I am quite glad January is over as I have some exciting things coming up but for now it is time to share what happened this month. January has been extremely cold and stormy for the majority of the month but a few things happened. Some good, some not so great but hey ho lets share.

It was finally back to work after a nice week off over Christmas. Work wise it has been hectic, January and June/July are our busiest times and this month has been non stop. I like to keep busy as I find the days go quick but I have definitely been tired and enjoying a long hot bath and pyjamas every night after work.

It was also my birthday and no I didn’t turn 18 but the dreaded 26! Last year my birthday was awful probably my worst one yet and turning 25 didn’t help. I feel old now that I am over 25 like erm it is time to grow up. My birthday was lovely, I spent the day with my mum shopping and then for some lunch. She made me a unicorn cake and Ashley got me paddington bear cake… Yes I am really 26 haha. I have had a few people ask me to do a birthday haul which I haven’t done as I got mainly money but I am going to be doing a Sephora Haul so I will just do a haul on that instead. 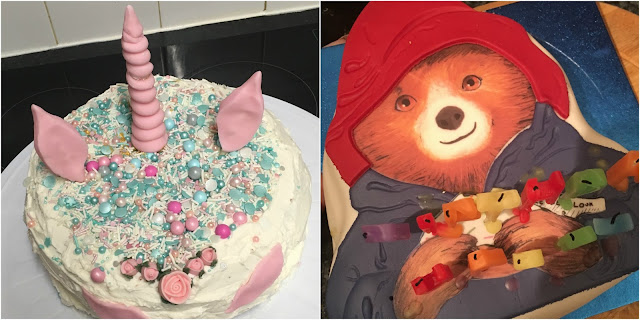 We went on quite a few walks this month with the dog. Ruby is my partners dog and she is eight now and the most gorgeous boxer dog. She is such a loveable dog. We took her to a place nearby where she hasn’t been before. It has a beach type area then loads of rocks and forest bits. She loved it, having a paddle and a run. Although it was freezing! The joys of living up north. Of course I have been enjoying lots of Peanut cuddles as always. I love his little face. I have spent most of the month in my big winter coat and bobble hat.

How stunning is this River Island bag I picked up a few weeks ago! I did originally go in for a larger black bag for work which I did get but then the woman said do you know it is 20% off everything!! I made Ashley go back and get this bag haha. I love the nude colours and thought it would be perfect for Spring. I think it only cost me around £18.

Carrying on with the nude theme I re did my gel nails at the weekend and have fallen in love with the shades. I used a copper metallic shade, a matte nude and a rose gold shimmer. I think the three colours work so well together. 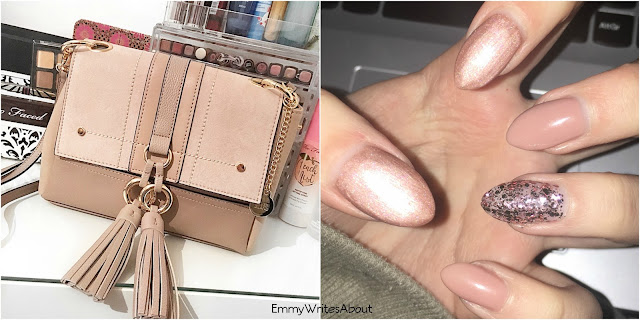 Moving onto something not so fun I had my third lot of injections in my scar on my neck. In 2016 I had my thyroid removed and also a large lump. The scar ended up being alot longer/wider than expected and instead of it being like a normal scar it became very raised out of my skin and bumpy. This is known as a keloid scar. I hated how it looked, it was always red, people would stare and I constantly cover it up. I have to have injections put directly into the scar which hurts extremely bad as the scar is rock solid. The injections are to pull the scar back into the skin so it becomes flat. The injections are working but it has made the scar wider. Each time I have the injections it makes the scar stick out of my skin more, it goes extremely red, bloody and bruised then starts to settle but then I have it done again.

They have told me once the scar is fully flat they will then refer me to another hospital where I will have laser treatment done on it which will reduce the pigmentation. The scar has ruined my confidence, I cover it up, only buy clothes that will hide and hate it with a passion. I am hoping at my next appointment in March they will say if I need more injections or if I can be referred for the laser treatment.

I might end up doing a post on this after all my laser treatment if it goes well, at the moment it isn’t something I feel comfortable showing pictures of.

I have got some exciting things happening in February including a concert, meeting a blogger friend and much more!