A Trip To Paris Including Tips and Tricks | EmmyWritesAbout 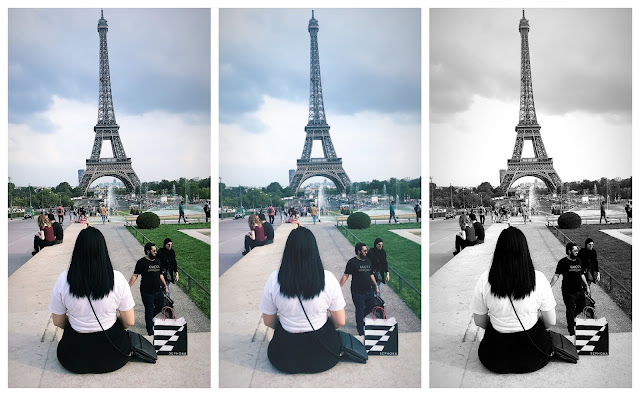 I have always wanted to go to Paris and finally went early September this year. We only booked it a few months prior. Paris is a place I wanted to go to as it looked stunning and of course had Disney! We booked a four day trip which was just enough. Before booking I researched areas to find where would be best for us and something that wasn’t too far away from everything. The trip was magical and everything I expected and more. We have said we will 100% go back.

When booking everything we booked the hotel through booking.com and the flights directly through Air France. I cannot recommend enough to do your research on the areas and the hotels. Alot of hotels have shared bathrooms which is something I didn’t want. When booking on booking.com it made it easy as you could choose things like not having a shared bathroom, the area etc…  We picked a hotel in the 8th arrondisement which ended up being perfect. We stayed at Hotel Alexandrine Opera which was really modern. I was really impressed with the hotel and the staff were really helpful. There was a metro at the end of the street which was great for getting around. There was also some restaurants, a super market and some pastry shops which were perfect for breakfast on the go!

When we got to Paris we got a train from the airport into Paris Central and then got two metros to where we needed to be. We did this in New York too. Alot of people get ubers or arrange transport but it was really easy making our own way there. We used an app called Paris Metro Map and Routes, this makes getting metros so easy as it tells you exactly which routes to take so you don’t need to check any maps.

Once we got our luggage in the airport we found the information desk where we purchased the Paris Visite Pass. You can pick from 2,4 or 5 days. This means you get one ticket with no limit on travel on buses and metros for those days. I would 100% recommend this. They have different zones, one mainly covers everywhere and the wider zone area includes Disney and the airport but the lady in the information desk told us which ways would be cheaper. We got one for 2 days and it saved us so much money as we were literally on and off the metros like yoyo’s travelling around. We also purchased a train ticket, this got us from the airport to the centre of Paris which took around 30-40 minutes. It is a direct train with no stops. We then used the App to see which metros we needed to get and we were at the hotel in no time. The station is joined onto the airport, it was a little confusing figuring out which platform we wanted but we finally managed it.

We were there for four days and had booked tickets online for Disney. We purchased them directly from the Disneyland Paris website. It gives you different options but the good thing is you can use your ticket any day of your trip, it doesn’t give you a set date. We went sight seeing and shopping for a couple of days and then went to Disney on the Friday. I think Ashley soon became sick of Disney songs after being there 11-12 hours. I am going to do a separate post all about Disney and getting there and costs. It was alot cheaper than I expected.

Planning things you want to do before going is definitely worth it and saves time. We planned where we wanted to go on which days. Food wise we googled some places each day as we wanted to make sure we would like the food and didn’t want to wonder round trying to find somewhere. With my illness and pain it makes it easier rather than adding extra walking on for no reason.

Now I am not lying when I say you will walk, I think we did over 20,000 steps a day. There were so many places to sit and stop if you wanted a break.

One thing to do is definitely google the arrondisements, as each area is different and one might suit you more. I spent ages on google looking up places and it was definitely worth it.

Next week I will be posting a post about where we went in Paris and showing you lots of pictures of areas and food of course! Then I will also do a post just for Disney!

If you are thinking of visiting Paris and have any questions just ask!